In our review of the Bob Iger MasterClass, you'll find out both what we liked and what we didn't like about Bob Iger's course.

The “Business Strategy and Leadership” MasterClass by Bob Iger is a good online course for a new entrepreneur.
The lessons are packed with actionable tips for becoming a better leader and strategist in a business environment.
Still, the content falls a bit short for students looking for an in-depth entrepreneurship class.

I have taken a fair share of entrepreneurship courses in my time. Some of them good, some of them bad. Of all these classes, the Bob Iger MasterClass was the one I had the highest expectations for.

After all, the legendary CEO of Walt Disney Company is one of the most well-known and successful business leaders of our time.

Learning directly from the best is often the best shortcut for mastering a new skill or a personal quality. And, when it comes to innovation and successful leadership, it is next to impossible to find a better role model than Bob Iger.

As I am now an owner of a MasterClass subscription, I finally had the chance to complete this class in full.

So, what are my thoughts and opinions on this business strategy and leadership course? Find out in this review of the Bob Iger MasterClass.

What is the Bob Iger MasterClass?

“Bob Iger Teaches Business Strategy and Leadership” is a popular online business strategy class on MasterClass.
The course is led by the former CEO of The Walt Disney Company (2005-2020), Bob Iger.

In this online course, Iger gives entrepreneurs advice on how to successfully lead a team and efficiently run a business. All the strategies Iger teaches are used by himself in various periods of his career. Students will be treated to case studies from Igers time as both the CEO of Disney and the president of ABC.

The course consists of 13 video lessons that will take 2 hours to finish in full.
Admittedly, 2 hours seem like a short time for discussing complex topics such as business strategy and leadership. But, as with all the MasterClass courses, the emphasis is clearly on quality instead of quantity. Iger does not waste time philosophizing on his life and business. Instead, he gets straight to the point and gives you actionable advice that you can adopt for your own personal and professional context.

Who exactly is Bob Iger? 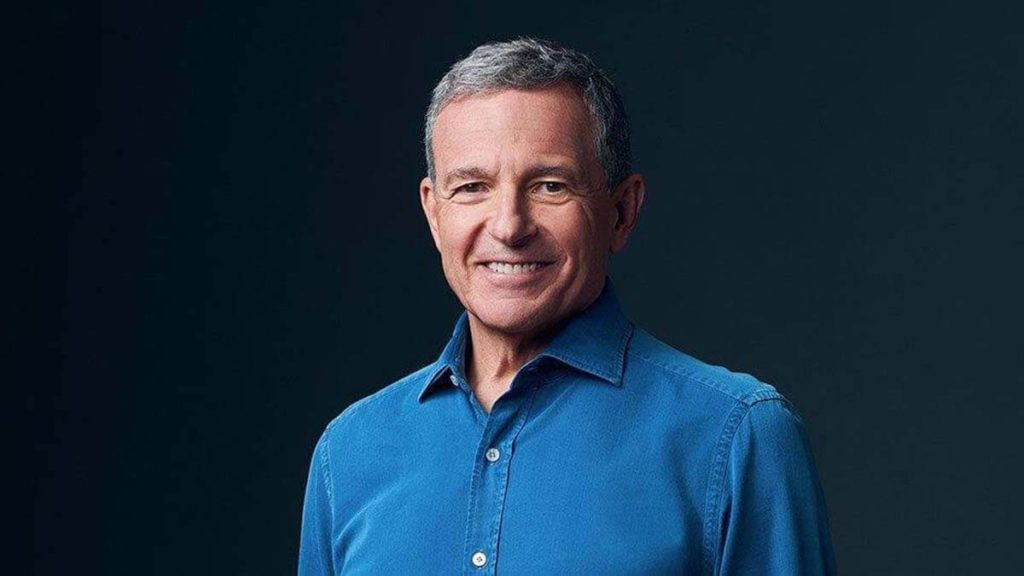 Bob Iger is an American business executive mostly known for his 15-year tenure as the CEO of The Walt Disney Company. His many accomplishments have made him one of the most revered and well-respected business leaders in the world. In 2019, Forbes Magazine listed him as one of the top 25 most innovative leaders in the world. In 2018, the same magazine ranked Iger as one of the top 50 most powerful people in the world.
Iger is also a successful author, having written the best-selling “The Ride of A Lifetime”, a memoir detailing his 15-years as the CEO of Disney.

When it comes to Bob Iger, it is hard to overestimate his influence on modern pop culture. During his tenure as the CEO of Disney, he guided the company through acquisitions of Pixar, Marvel, Lucasfilm, and 21st Century Fox. Overseeing one expansion of this magnitude could be considered a lifetime achievement for most CEOs. Well, Iger navigated through 4.
And, as they say, the rest is history. By now, Disney is the largest media conglomerate in the world.

With all this being said, Iger is widely considered to be the second most important figure in the history of Disney. Standing behind only perhaps the legendary founder Walt Disney himself.

Who is the target audience of the Bob Iger MasterClass?

The Bob Iger MasterClass is mainly tailored to help business owners, top-level managers, and other team leaders. Despite being focused on teaching business management, some advice from Iger can also be applied in other aspects of your life. For example, the 12th lesson on Igers 9 tenets for success contains nuggets of wisdom that nearly anyone can benefit from.

Still, to narrow things down a bit, I would like to list 3 groups of people that would benefit most from the Bob Iger MasterClass:

I would argue that leadership skills are essential life skills. Yes, even if you are not directly responsible for managing a group of people. Good leadership skills will give you a leg-up for your future career. Plus, they will, quite simply, make you a more productive and better person.

What topics does Bob Iger cover in his MasterClass?

In his MasterClass, Bob Iger covers various techniques he has used to re-invent Disney as a global media giant. You might think that you will never have to navigate in a business of this magnitude. This might be true, but you will soon discover that strategies Iger teaches can easily be applied in small businesses as well.

In addition to business strategies, Iger also teaches how to become an efficient leader in both your personal and professional life. Whether you are a single mom or an accountant at a small startup, these lessons on leadership will be useful to you.

To give you a clearer idea of what to expect from the Bob Iger MasterClass, have a look at the rough breakdown of the content:

Some of my favorite lessons from the Bob Iger MasterClass

Despite being a short class, Bob Iger shares some very helpful nuggets of wisdom in his MasterClass. In the following, I would like to share some of the most insightful lessons from the Bob Iger MasterClass.

Disney is arguably one of the most successful brands of all time. But, this kind of reputation does not come out of thin air. In this captivating lesson, Iger explains how Disney has managed to stay true to its roots while also constantly innovating and keeping up with the industry trends.

You do not have to be the CEO of a company like Tesla or Apple to get value from Iger’s lesson on brand management.

The importance of risk-taking

In business, strategic risk-taking is an essential component of success. Even if a risk ends up a failure, it might have a massive positive impact in the long run.

When Iger was the head of entertainment at ABC, he oversaw a single season of “Cop Rock” in 1990. “Cop Rock” was a musical TV series that starred…singing cops. The show was a massive critical and commercial flop for ABC. Still, the series helped foster a great relationship between Iger and Steven Bochco, the creator of “Cop Rock”.

3 years later in 1993, Bochco pitched another idea to Iger. This time, he wanted to create the first R-rated television drama. The show was called “NYPD Blue”, a massive success from the very first episode. The show has since become a cultural icon and one of the most critically acclaimed (84 Primetime Emmy Award nominations in total) TV shows of all time.
The moral of the story? Risks are always worth it, you never know when they might pay off. 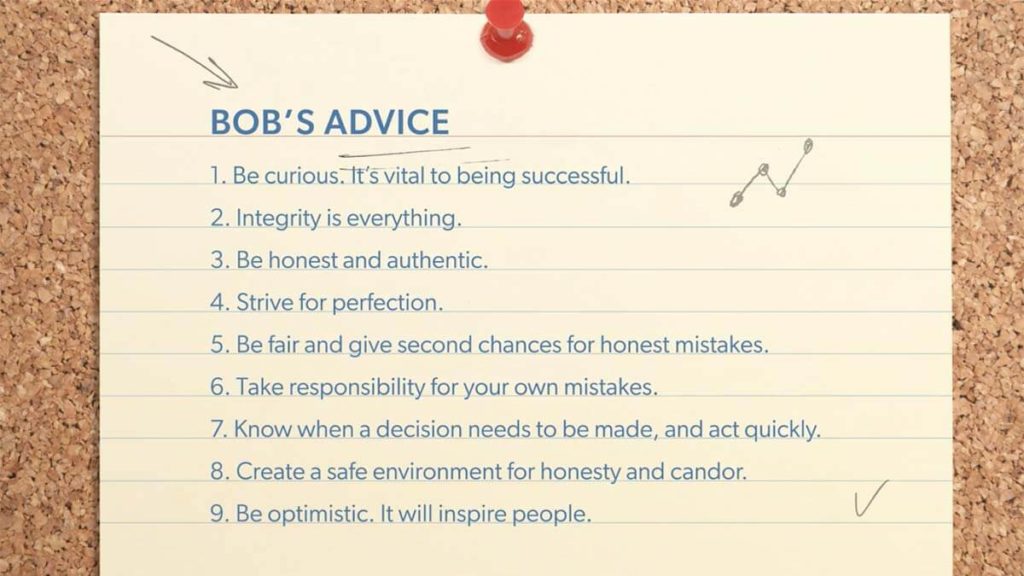 This lesson from the MasterClass will benefit your life in all areas. Bob Igers 9 tenets for successful leadership are simple. Simple, but certainly not easy to follow on a daily basis.

And, hearing Iger speak about the usefulness of time-tested truths like “be honest and authentic” was inspiring.

Not all successful companies are built on enormous investments, massive marketing, and years of data analysis.

Sometimes, a leader with a strong set of core values can make all the difference between success and failure in business.

The case studies in the Bob Iger MasterClass are fascinating. For anyone interested in business, the course will give you an insider glimpse into some of the largest acquisitions in entertainment history.

My favorite of the case studies was the acquisition of 21st Century Fox. In the class, Iger narrates the students through the 12th largest M&A deal of the 2010s (worth $71.3 billion.)

This lesson is mandatory viewing for anyone interested in the nuts and bolts of business megadeals. In case you forgot, these are some of the acquisitions of the Walt Disney company: 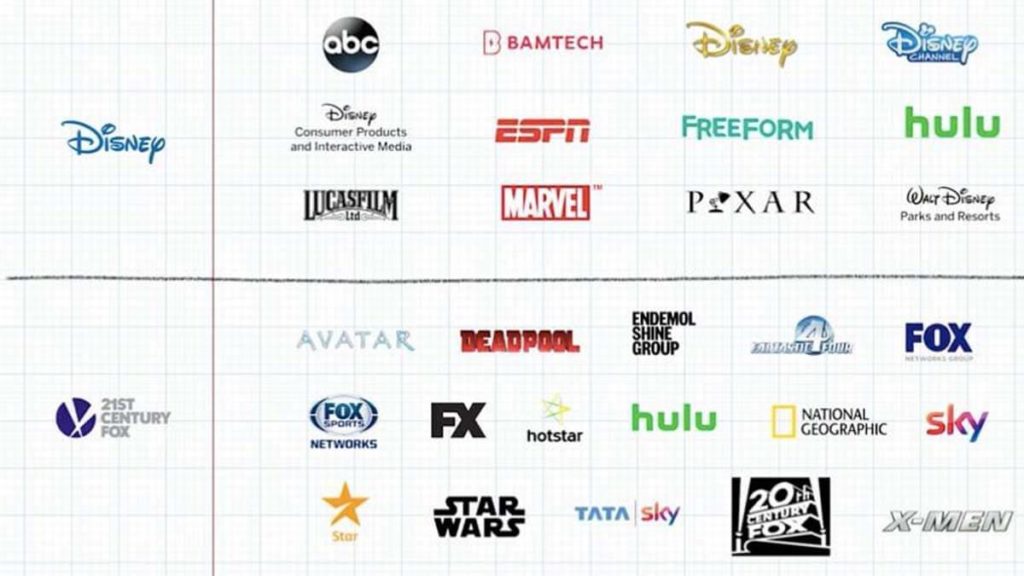 How much does the Bob Iger MasterClass cost?

Would I advise making the investment only for the Bob Iger MasterClass? Probably not.

But, since MasterClass has loads of other business and leadership classes available as well, you should definitely consider it.

From my experience with MasterClass, the platform offers a great price/quality ratio. While we are on the subject of pricing, the refund policy of MasterClass also deserves a mention.

You can try the service of MasterClass for 30 days. If you are not satisfied with the content, you are eligible for a no-questions-asked refund. A great deal if you ask me.

All in all, I found the overall student experience of the Bob Iger MasterClass to be positive. The following are the aspects I would like to highlight from my experience:

In his MasterClass, Bob Iger gives the students an inside look into some astonishing business deals. Deals like the Disney acquisition of Pixar have had a tremendous impact on our culture. And, hearing Iger take us through these pivotal moments in entertainment history was fascinating.

Great as an introductory entrepreneurship course

Admittedly, there is a massive amount of entrepreneurship courses available online. Still, it is next to impossible to find a beginner-level course that is also led by an authoritative instructor.

The Bob Iger MasterClass hits both these marks. Thus, it is a great class for getting an understanding of the pillars of entrepreneurship. For people serious about learning entrepreneurship online, I outlined a few additional MasterClass business courses in the conclusion of this review.

As per usual, MasterClass excels in production value. All the lessons are in crystal clear video and audio. Plus, the content is bolstered with clips from various Disney animations. This makes the whole course a compelling watch from start to end.

There is one significant downside to the Bob Iger course.

The short duration of the class

At only 2 hours, this is a great class for learning the fundamentals of good business leadership.

Still, at times I felt that certain subjects deserved more attention. For example, lessons on time management and negotiation only took 11 minutes in total.
In my opinion, these skills are essential for good leadership. And, I found myself wishing for a better explanation of how Iger handles these aspects of his professional life.

Review conclusion: is the Bob Iger MasterClass worth it?

All in all, I was satisfied with the Bob Iger MasterClass. While the duration of the course is short, the content still packs quite the punch. As they say, to become the best, you must learn from the best. And, this is the major strong point of this class. By getting an intimate peek into the inner workings of Disney during tumultuous times, you will understand how a successful business is being run. And, even if the scale of your professional dealings is much smaller, you can still emulate most of the strategies Iger teaches.

With all that being said, I wouldn’t recommend purchasing the MasterClass subscription solely for the Bob Iger MasterClass.

It is a great overall introduction to entrepreneurship as a whole. But, as I have already highlighted, some lessons would benefit from more content. My suggestion? If you want to learn business strategizing via MasterClass, start with the Bob Iger MasterClass. From this course, you will get a great overall introduction to business strategy and leadership.

After completing the Bob Iger MasterClass, I would suggest taking a look at these other MasterClass courses on entrepreneurship: