Using the mapping method of note-taking is all about picking the right methodology and subject for the mapping process.

E-student.org is supported by our community of learners. When you visit links on our site, we may earn an affiliate commission.

The mapping method of note-taking is one of the most difficult, yet most rewarding types of note-taking methods in existence. If done well, it can record information with a unique sense of clarity, but if done poorly – the method becomes messy in no time. That is why you’ll want to make sure you understand the fundamentals of the strategy before implementing it in your studies.

What is the mapping method of note-taking?

The mapping method of note-taking provides a graphical representation of information, ideas, facts, and concepts. The format involves writing the main topic into the center of the document and connecting related subtopics, ideas, and concepts through branches, images, and colors.

Initial versions of the mapping method can be traced back to Leonardo Da Vinci, who was known for using various mapping techniques in his notebooks:

GoThe modern version of mind mapping was popularized by Tony Buzan – English author, and educational consultant. He first brought worldwide attention to the mapping technique with his “The Mind Map Book” also available on Google Books). The book quickly rose to bestseller status and achieved cult-like status among the productivity crowd.

However, based on modern research, we can conclude that at least some of Tony Buzan’s theoretical framework may have been inaccurate at the time of writing his book.

For example, he believed in the theory that the brain has two sides independent of each other. The left is the boring, analytical side, and the right is the creative, fun side. This “left-brain-right-brain theory” was not invented by Tony Buzan and instead was initially put forth by Roger Wolcott Sperry and Michael Gazzaniga in the 1960s.

Tony Buzan made this theory one of the focal points of his mind mapping method, as the method was supposedly unique in that it enabled you to use both sides of your brain simultaneously.

In 2013, however, this theory was put through modern testing by neuroscientists in a two-year research. After studying the brains of 1011 individuals through magnetic resonance imaging, no evidence was found supporting the theory, and it was found that the human brain is constantly receiving input from both sides rather than just one.

This, however, does not automatically make the mind mapping concept obsolete. In my opinion, it just shows that all of Tony Buzan’s mapping concepts should not be treated as factual.

What types of subjects is the mapping method suitable for?

The mapping method is best suitable for subjects or lectures where the content is well-organized, detailed, and targeting a specific concept. Mapping is especially useful if the concept has many categories and subcategories that are all directly or indirectly linked to the main concept.

One of the best examples of a subject where the mapping method is useful is anatomy. In anatomy classes, you could use the mapping method to create a map of the various elements of the human body. Mapping out the entire digestive system, for example, could help you memorize how the various digestive organs interact with each other. This technique could be more effective than simply writing all the names out with standard notes.

It’s worth noting, however, that the usefulness of the mapping method in medicine is still up to debate. A 2002 study conducted amongst medical students showed some positive results for the mapping method. Yet, a 2010 study could not identify any differences in memorization between standard and mapping note-taking.

Advantages & disadvantages of the mapping method

There are both significant benefits and drawbacks to the mapping method. Use the method selectively, and you’ll use it well. However, it’s a method that should never be used for all lectures and subjects.

These are the primary advantages of the mapping method:

On the other hand, these are the main disadvantages of the mapping method:

How to take notes with the mapping method

To take notes with the mapping method, follow these five steps:

Write down the main topic

To begin taking notes with the mapping method, you first need to identify the main topic that you want to start mapping out. This main point should be the primary concept of the learning materials you’re working with. It will serve as the central focus point of the entire map so it’s important to get this choice right from the get-go. Otherwise, you might end up having to remap your notes, which admittedly is something I’ve done many times before.

You mustn’t choose a very narrow topic here, as a very narrow topic will not give you enough subtopics to create a proper map with. At the same time, if you choose something too broad, your map might end up becoming overly massive. In the end, just give it a go and choose a topic – the best way to learn is by doing!

Now, write down the primary topic in the middle of the document and draw a circle around it. Some people recommend placing the main topic right in the center of the page, while others place it on the top of the document. I have found mapped notes to be easier to follow if the top is used for the main topic. Some people do prefer the aesthetic look of a map that starts from the very center of the page, though.

Here’s an illustration that shows where and how I write down the main topic:

Add and connect subtopics to the main topic

What are the subtopics for the main topic that you’ll be covering on the map?

If your chosen main topic is “Parasomnias”, your subtopics might be “sleep terrors”, “nightmares”, for example.

Write down these subtopics around (or below) the main topics and draw circles around each of them. Then, connect the main topic to the subtopics with arrows (or just straight lines if you prefer).

By now, you should already start to see a structure to your map. You have the primary concept and smaller subtopics branching out from it. This is the essence of the mapping method – larger concepts branching out into smaller concepts.

Here’s what the map looks like at this stage of the process:

Connect supporting ideas to the subtopics

This step is essentially a repeat of step #2. Once again, you’ll be branching out, only this time you will start branching out from the subtopics rather than the main topic.

To do so, ask yourself the same question as before. What are some supporting ideas (or subcategories) for the subtopics?

Depending on the complexity of the topic you’re working with, you might even be able to bypass this step. If you’re mapping a topic that does not have a second level of subcategories then there’s no reason to add supporting ideas to the subtopics. If that’s the case, go straight to step #4 and connect the details and facts to the subtopics instead of the supporting ideas.

If you could identify the supporting ideas, then write them down around the subtopics, encircle them, and connect them with arrows just as before.

Your map should look something like this after completing this step:

Add further details and facts to the supporting ideas

This is the final step of the mapping process.

Until this step, you were essentially categorizing the information you’ll be noting and now, it’s time to fill in the missing information.

Start adding any further details, facts, and thoughts into the diagram and connect them to the supporting ideas. At this point, it’s not necessary to encircle each fact and detail, but you can still do so if you prefer.

In this illustration, you can see where the supporting ideas start branching out. That is where you would want to start adding any further details and facts. However, for the sake of simplicity, I did not include them in the drawings.

And, assuming we filled in all the details and extra facts, it’s now a good idea to start adding some colors to the map. This will help you identify the various groups of topics more easily, and it’ll give you a better visualization of the relationships between facts and concepts.

Here’s what the example map looks like after adding some colors to the different categories of information:

While it looks very basic, this is essentially the skeleton of a standard mapping note. Fill that in with any relevant bits and pieces of information from the materials you are studying and then you’ll have everything set and done.

The review process for the mapping method is unique in that it requires you to recall the entire structure of the lecture. Instead of reciting a small section of your notes, you will have to look at the central concept as a whole and this forces you to truly check your understanding of the materials.

Start the review process by covering lines from the notes with your hand for memory drills. Try to visualize the spatial relationships in your head and understand where the information you’re reciting belongs in the overall map. Go over subtopic by subtopic, and recite both the supporting facts and their location within the hierarchy of information.

As mapped notes tend to be relatively minimalistic, it can sometimes be helpful to have extra reading materials or the source material at hand during the review process. If any questions arise while reviewing, you can refer back to the source and material and clarify any information on the map whenever needed.

Once you’ve reviewed your notes, you’re all done – you’ve completed the mapping method of note-taking! 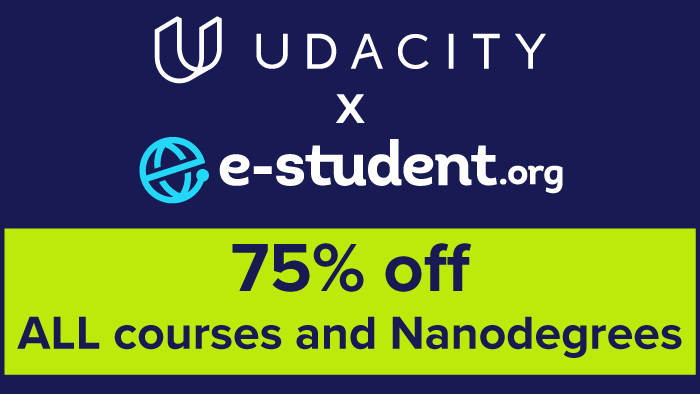 Biggest Udacity sale of the year:
Get 75% off all courses and Nanodegrees to master real, in-demand tech skills and start or upgrade your career.
CLICK TO APPLY DISCOUNT 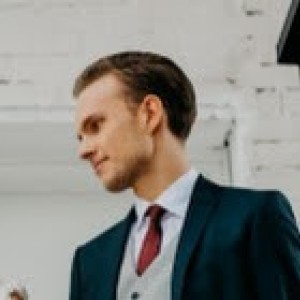 Sander is the founder of E-Student and an avid e-learner. He earned a traditional degree in the field of medicine (Radiography), writing his thesis on the usages of social media in healthcare. After this, however, he started shifting from textbooks to digital education, and at that point, there was no turning back. As of 2022, Sander has spent thousands of hours learning online, and these experiences are what led to the inception of E-Student. Despite being an advocate for e-learning, he criticizes some aspects of the industry such as social isolation, too much focus on video-based content, and the thoughtless reconceptualization of traditional degrees into digital.

8 Best Coursera Courses You Can Take for Free

These are the very best Coursera courses from the e-learning giant’s massive catalog of free courses.

Learn the “grand master of data visualization software” with some of the best Tableau courses on the market.

Is a Mindvalley Membership Really Worth the Cost in 2022?

Find out if purchasing a subscription to Mindvalley Membership is worth your investment of time and money.​