In this review, I will share my experiences as a student taking Japanese courses on Rocket Japanese.

E-student.org is supported by our community of learners. When you visit links on our site, we may earn an affiliate commission. 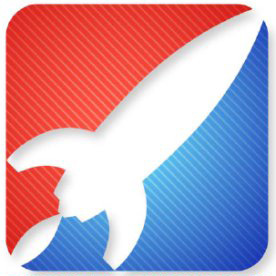 During our review of Rocket Japanese, we saw a well-built curriculum, an efficient smartphone app, various fun features, and an overall solid program. Rocket Japanese has been one of the most trustworthy programs for learning Japanese for more than a decade, and that is for good reason. When it comes to online Japanese courses, it's the best there is.

Rocket Languages is one of the most well-reviewed online language learning companies in the world. And their Rocket Japanese program has always been one of their most popular programs.

Rocket Japanese is an innovative online Japanese course integrating audio lessons with reading and writing lessons. I am a big fan of this approach by Rocket Japanese, which almost guarantees a successful learning experience for users who follow the lessons. This online course was developed so that even students with limited time available are able to use it effectively.

Rocket Japanese is more balanced than many of the alternative online courses that are out there. While the lessons can be repetitive at times with a constant focus on memorization, the course overall still manages to be highly effective. The various cultural and social aspects of the Japanese language are explained well throughout the course, unlike some of the other online Japanese courses I have tried in the past.

I definitely had a lot of fun reviewing this service, and anyone who is interested in learning Japanese online might also want to give Rocket Japanese a go.

How much does Rocket Japanese cost?

For this service, you have three levels you can purchase depending on the level of proficiency you are aiming for. Just know that whichever level you choose to purchase, you can always upgrade your account to the next level, so don’t worry too much about this choice initially. Another good thing about Rocket Japanese is that if you purchase the course, you can always download all of the materials and use them offline whenever and wherever you are.

So, with that being said, I recommend you to purchase the level 3 package because it offers the best value for your money and it provides you with unlimited access to all of the materials. I definitely haven’t been disappointed by that myself.

However, don’t just take my word for it. Rocket Japanese has a free trial available that just requires an e-mail address to sign up. Give it a try and see if you like it before committing to a purchase.

Here’s a quick overview of the pricing of Rocket Japanese’s online courses:

How does Rocket Japanese work?

Each of the three levels is then composed of between 6 and 8 learning modules, of which there are 23 in total. The modules get progressively harder and more complex, so you have a good path to progression following them. In the modules, you’ll find four different types of lessons:

The four of these modules together form a nice package, and over the course of your studies, you switch between them a lot. This makes it a versatile and fun way to learn the Japanese language, and you won’t get bored learning just one aspect for extended periods of time.

I also added some screenshots below of level one modules so you can see what I mean:

Next up in this Rocket Japanese review, let’s look at what a typical lesson looks like on Rocket Japanese. The first type of lesson we will examine is an interactive audio lesson where two presenters go through a short dialogue in Japanese.

For the first module, those two teachers are Sayaka and Kenny, but later on, more presenters are added to keep things fresh. The dialogues are based on real-life situations that you might encounter in Japan, which makes the learning process extra motivating.

The Japanese dialogues range from going to a restaurant, making small talk all the way to attending a job interview, and more. With each audio track is paired a transcript in Japanese in both kanji and romaji (which are systems of Japanese writing), together with their English translations.

During the interactive audio lessons, there is also a feature to record yourself pronouncing the sentences, which you can play back to yourself so that you can actually hear your progress.

Some of the lessons also provide you with some cultural background of the vocabulary you learned in the lesson, so it will create connections to the real world. At the end of each lesson, there is a section called Rocket Reinforcement Activities which provides numerous tests and activities to really help you memorize what you’ve picked up during the lesson. They include things like Flash cards, Hear it, Say it!, Know it!, Write it!, and quizzes, all of which combine to make the lessons fun and interactive.

With all that being said, I found that an average lesson lasts from 45 minutes to an hour, so it’s not exactly a short lesson. However, the upside is that you can download all of the material for offline use, as mentioned before. That feature helps a lot, as I mostly find myself studying during commuting.

For illustration, I added some pictures from a beginner-level lesson to help visualize the lesson structure slightly better.

Taking lessons on the smartphone app

The course comes with a mobile application on both Android and iOS. There is no extra cost involved if you do want to try out these apps. I have to say, this app is fantastic. If you often find yourself on long commutes, then you will find these apps very useful.

They are easy to use, run without errors, and have all of the same content as the web version. I’ve also found that the voice recognition works better using the app but that might just be me. Plus, the apps are updated frequently, and problems with the apps get fixed quickly. I highly recommend trying out the app if you want to learn Japanese online.

Any online learning platform comes with both positives and negatives. To get a better overview of the platform as a whole, let’s examine both what we liked and didn’t like.

Here are some of the advantages of using the Rocket Japanese online courses:

Here are some of the negative aspects of Rocket Japanese I noticed during my review process:

Rocket Japanese is a course that is well-rounded and flexible enough to help you on your journey to study Japanese, no matter your learning goals. They have improved a lot over the years, which means they are serious about improving their service.

Rocket Japanese provides a balanced learning experience at a reasonable price point. All of their extra features definitely help out a lot, such as their voice recognition software, their app, flashcards, and the fact that you can access everything offline after you’ve downloaded the material.

Their customer service is also great – if you need help, they will do their best to help you. Not to mention the fact that you can get a full refund within 60 days if you are not happy with the course.

With that being said, the course does have some negative points and it may not be the best choice for truly advanced Japanese language learners, but that is true for every similar service out there.

I can, without a doubt, say that I enjoyed studying this course and I strongly recommend this Japanese online course to everyone. My Rocket Japanese review was a wholly positive experience!